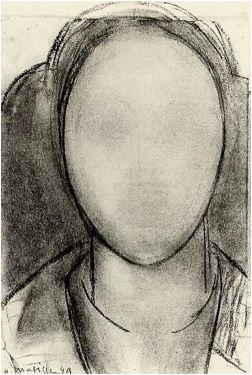 COMMITTE ON WOMEN AND PSYCHOANALYSIS – COWAP

Every year, interlinked factors such as war, climate change, drought and poverty, lead hundred thousand of women to migrate in other countries hoping to improve their existence. Some women escape from war, violence, conflict or persecution and cross an international border towards European countries to find safety.
In 2020, according to EUROSTAT, an average of 416.600 refugees sought asylum in EU.
Amongst them, 36% are women (149.760) and 31% of the total number were minors (128.960 children, between 0 and 18 years old) and 25% were 0-13 (104.000).
Many migrant refugee women travel alone or with their children while pregnant, adolescent or elderly. These women are traumatized during all three phases of their travels: in their countries of origin and when they depart; during their migration and again upon reaching destination, ending up in an unknown land, after having lost all their familiar reference points.
This Study Group aims at further exploring the psychoanalytic perspective on trauma and loss, reflecting on ways in which psychoanalysis can help these women in working through their sense of helplessness, abandonment and despair. Use our knowledge on trauma also to help people who work in institution and charities to approach these women and children over flowed by anxiety and thus attempting to prevent an intergenerational transmission of the trauma.
Studies about the Holocaust such as Anna Freud and Dorothy Burlingham’s work, Hans Keilsons’, Erna Furnam’s work on Jewish families and child survivors, indicates that the environment in which survivors are sheltered is of fundamental importance.
The work of Marianne Leuzinger-Boheleber, Sverre Varvin, Gertraud Schlezinzer-Kripp, Virginia De Micco and Saskia von Overbeck Ottino will be the basis of our discussions

Study group on ‘Oppression and violence against women’
Saturday February 5th- 10 to 11.30 am (CET time)
A conversation with Marie-Thérèse Khair Badawi

Two current events were influential in our decision to initiate the study group: “Oppression and violence against women”. One was the increasing rate of domestic violence against women and girls all around the world during the COVID-19 pandemic which resulted in home confinement and the re-establishment of traditional labor division at households. Based on the United Nations Women Unit report, globally, over 200 million women and girls, aged between 15 and 49, were subjected to domestic violence in the past year. The other was the catastrophic consequences of the Taliban regime coming to power on women’s rights in Afghanistan. Once again women and girls in Afghanistan are facing the possibility of becoming invisible in the public eye, girls not being allowed to go to the secondary school and women not being allowed to go to work, strict clothing regulations and public behavior. The aim of this study group is to reach to a psychoanalytic understanding of the oppression and violence against women which may take various forms in the social realm. Although the examples we took as starting point include women subjected to violence by men, women subjected to violence by other women is also an interesting topic to discuss. This study-group has overlapping areas of reflection with the ‘women refugees’ study group and both are in line with the theme of the European COWAP Conference ‘Intolerance to the feminine’ which will take place in Rome in October 2022. Freud’s concept ‘repudiation of femininity’ later elaborated and modified by women analysts such as Janine Chasseguet Smirgel, Jacqueline Schaeffer, Florence Guignard, Dana Birksted-Breen, and Rosine Perelberg, can be used as means to illuminate the psychoanalytic dynamics of oppression and violence against women.

As many of our colleagues worldwide are investigating the topic of infertility from a psychoanalytic perspective, this group has its focus on psychic dynamics connected with egg donation and surrogacy. The legislations around infertility treatments have been changing in Europe, so we are now starting to meet patients that go through these processes and encounter several hindrances – from obstetric violence or not feeling taken care of emotionally by medical staff (potentially turning this experience into a traumatic one) to unconscious fantasies and emotions that are triggered by the situation and lead to intense psychic suffering. Joan RaphaelLeff, Mali Mann and other authors, highlighted how these women (and couples) reach these  solutions – egg donation or surrogacy – after a long period of treatment for artificial reproductive technologies (ART) and their failure. The acknowledgement of infertility is accompanied by feeling of loss, emptiness, grief, shame and anxiety which requires a workingthrough of their sense of identity, a process of mourning of their fertility, of the ideal  feminine body and of previous miscarriages. Clinical experience with these women and couples, have underlined the importance of integrative work between psychoanalysts and medical staff involved in artificial reproductive technologies (ART) and it would be useful to explore ways to improve this cooperation. This study group also aims at understanding the psychological impact of children who are born through these procedures. We therefore would like to share clinical case presentations of children born through egg donation or surrogate mothers as well as infant observations, besides women or couples in treatment in order to have an in-depth understanding of the psychological impact of these methods.