21-22 Settembre 2012 LONDON Psychoanalysis in the Age of Totalitarianism

Half day Friday, all day Saturday

Tickets: £95 (tickets at the concessionary rate are now sold out)

The conference programme is now available to download – see below.

Presentations will be 20-minutes arranged in panels, followed by discussion, all in a plenary format. Confirmed speakers include

CONFERENCE REPORT: PSYCHOANALYSIS IN THE AGE OF TOTALITARIANISM 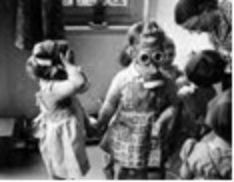 I recently attended Psychoanalysis in the Age of Totalitarianism, a two-day conference organised by the Institute of Psychoanalysis along with the Pears Institute for the study of Antisemitism at Birkbeck and the Centre for Psychoanalytic Studies at the University of Essex. The conference was intended to facilitate debate between psychoanalysts and academics and was well attended by both camps.

The conference highlighted the many rich possibilities which psychoanalysis brings to our understandings of illness, culture and politics, as well as the importance of considering illness, theories of mind, culture and politics in relation to one another. All of the papers dealt with the ways in which psychoanalysis and totalitarianism both speak to each other and may have been mutually formative.

The first panel was entitled ‘Totalitarian States, Totalitarian States of Mind’ and featured papers by historians Jacqueline Rose, Lyndsey Stonebridge and psychoanalyst Nick Temple each of which dealt with the relationship between totalitarianism and the mind. The papers given by both Rose and Stonebridge dealt with the work of Hannah Arendt. Rose spoke of how Arendt’s work shows us that belief is central to totalitarian rule as it requires an idea taking total hold of the mind and a domination of the human spirit as it terrorizes people from within. For this reason she described Nazism as a form of sacred thinking due to its being based upon the declaration ‘I believe’. Stonebridge then argued that forced migration had shaped the work of both Arendt and Anna Freud and that the inner world was central for them both precisely because they had fled. Anna Freud thought that a child can only flee a situation in his or her mind and for Arendt thinking or ‘inner immigration’ is the best type of resistance to totalitarianism. Finally, Temple argued that, from a clinical perspective, a condition akin to state totalitarianism can dominate a patient’s inner world. He described a specific case of his in which a dictatorship of the superego had caused what he called a totalitarian inner state.

The second panel, ‘The Third Reich, Anti-Semitism, Psychoanalysis’, continued to demonstrate the ways in which psychoanalytic theory and totalitarian politics can illuminate one another. José Brunner’s paper argued that prejudice is irrational and stems from the unconscious. Therefore the unconscious instincts get projected onto those who live differently, for example, the Jews. This was followed by a paper from Stephen Frosh called ‘Studies in Prejudice: Theorising Anti-Semitism in the Wake of the Nazi Holocaust’, which followed on from the themes in the previous paper. Frosh spoke of anti-Semitism in psychological terms, describing the process whereby people can come to project unconscious instincts onto those who are considered other. He described how the Jew was ‘excessively invested in’ as a symbol of the other, and how Jews came to remind non-Jews of ‘primeval’ and ‘pre-civilised’ powers which the non-Jews felt they had given up. He stated that this led to some people seeing both the Jews and their own instincts as equally foreign. Frosh spoke of anti-Semitism as a kind of madness.

The first day of the conference ended with a discussion between historians John Forrester and Eli Zaretsky entitled ‘Totalitarian Century? Freudian Century? Writing the History of Psychoanalysis’. Some of the many topics that were touched upon included the relationship between psychoanalysis and contemporary neuroscience, the necessity of a liberal and open society based upon free speech for psychoanalysis to even exist, and the social classes within which psychoanalysis exists in Britain (i.e. the upper-middle class elite).

The second day began with a panel on ‘War and Infancy’. Michael Roper gave a paper called ‘The Nervous Child and the Shell-Shocked Soldier’ in which he drew on the work of W.H.R. Rivers, Ferenczi and others and argued that the First World War entered the minds of children even though they were not direct participants in this war. This was followed by a paper by Michal Shapira on ‘Psychoanalytic Criminology, Childhood and the Democratic Self between War and Peace’, which was about the Institute for the Scientific Treatment of Delinquency and the various ways in which crime was understood by psychoanalysts such as Edward Glover and Melitta Schmideberg. Shapira explored the ideas of these analysts, exploring notions put forward by them such as the idea that crime was an expression on infantile instincts which had not been learnt to be repressed or that crime expressed inner problems and was nothing to do with economics.

The fourth panel was on ‘Psychoanalysis, Politics and the Social Sciences’. Here Peter Mandler gave a paper on ‘Totalitarianism and Cultural Relativism: The Dilemma of the Neo-Freudians’ and Matt Ffytche on ‘The Superego as a Historical Crisis’. Ffytche’s paper dealt with how totalitarianism altered the account of the superego given within psychoanalysis. This was followed by the panel ‘Reconstructing Democracy’. The first paper given here was by Sally Alexander and was called ‘Winnicott and the Social Democratic Vision’. Alexander posed the question of what knowledge of the unconscious adds to the history of social democracy? And how can we possibly study the emotional development of society? She reflected on historians’ resistance to the unconscious because it cannot be documented and spoke of Winnicott’s focus on the psychic needs of the individual and his – Winnicott’s – insistence that the mind be comprehended through the body. For Winnicott, she stated, the home environment was the seedbed of democracy. This has striking implications for the relationships between the domestic realm and totalitarianism. Alexander’s paper was followed by one from David Armstrong on ‘The “Tavistock Group” within War Psychiatry in Britain’, which drew upon the important work that Bion and Rickman did with groups which challenged assumptions about the way in which any organisation or group is organised and conducts itself (including the army). Using Bion’s notion that a tension between the individual and the group is built into all mental functioning, Armstrong argued that the internalised shadow of group dynamics is always within the individual’s inner world and that all group and social phenomena are outworkings of individual psychology.

Panel six was on ‘Cold War Psychoanalysis’. The first paper was give by Derek Hook and was called ‘Psychoanalysis in the Time of Apartheid’. This was followed by Knuth Müller’s paper ‘From the Hot to the Cold War: Psychoanalytic Collaboration with the U.S. Intelligence Community Since 1940’, which provoked a shocked reaction from many at the conference. The paper made revelations using archival evidence about ways in which psychoanalysts had provided the U.S. intelligence with information.

The conference ended with a final discussion between Ruth Leys, Daniel Pick and Michael Rustin on ‘The Legacies of the Past – Is the Problem of Totalitarianism Still Central to Psychoanalysis?’. The discussion began with Leys giving a short paper in which she dealt with the way in which she felt that psychoanalysis today is often reformulated in materialist terms, something which she argued goes against its central insights. She argued that today we are in a post-psychoanalytic age as many rush to embrace the biological sciences and neurosciences and therefore, she argues, focus on the body and often reject psychic meaning. In his response to Leys, Daniel Pick reflected that as psychoanalysis emerged out of late nineteenth-century biologism, today we are perhaps once again in the grips of a comparable biologistic phase.