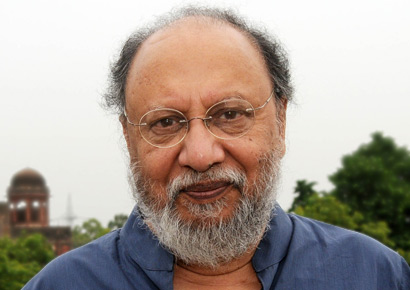 Ashis Nandy (born in 1937 in Bihar into a Bengali family) is a major figure of contemporary Indian critical thought. He is considered to be one of the pioneers of cultural and post-colonial studies in the Subcontinent and his prolific works have, for the most part, been published by Oxford India. His book, The Intimate Enemy. Loss and Recovery of Self under Colonialism – published in 1983 and translated into French, German and Italian –, represents a turning point in Post-Colonial studies. It builds on the idea (put forward by Octave Mannoni in 1947) of an internalization of the colonial complex by the colonized and the colonizer, and offers a subtle investigation of the dialectical movements brought about by such an interdependency.

Long-time head of the influential Centre for Studies of Developing Societies in New Delhi, Nandy is a clinical psychologist who likes to call himself a «political psychologist» and who constantly applies psychoanalysis to the unconscious dimensions of mass-culture in India and Southern Asia..