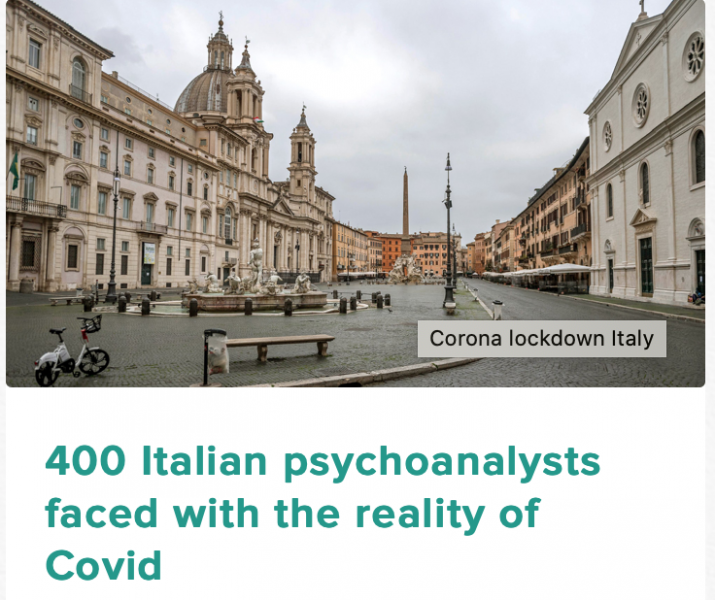 400 Italians faced with the reality of Covid

In March 2020 the Italian State decided to lock down the whole nation because of the Covid-19 epidemic. In Lombardy especially, the wealthiest region in the country, the daily update announced a terrifying increase in cases and deaths. The intensive care units of one of Europe’s most industrialised regions were unable to accommodate new patients and it was whispered that health workers were being forced to choose who had the right to be admitted, which meant privileging those who were likeliest to survive. Televisions and newspapers bombarded audiences with their announcements of the worsening defeat by an invisible enemy never imagined before. The population was terrified and confused. Some colleagues had already contracted the virus, and most of us had started to work remotely. Alongside the health emergency a psychological emergency was also clearly taking shape on a vast scale. We looked at each other in dismay. I was feeling a great responsibility because of my role as President of the Italian Psychoanalytic Society, a scientific society which has nearly 100 years of history behind it and consists of doctors, psychiatrists, and psychologists – practitioners working in the field of health for the Italian state. “If you have good sense, use it,” says an Italian proverb, and so I looked around and asked close colleagues if it might be appropriate to lend a hand in our specialist area as far as we were able. Colleagues quickly gathered around me and the number grew every day.